Thanks to the following. 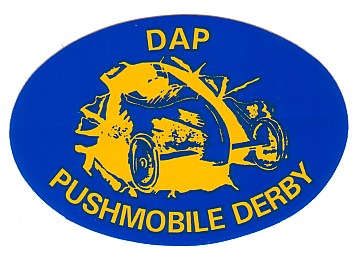 WELCOME TO THE DERBY ONLINE!

DAP Pushmobile DERBY   The Pushmobile Derby was started by the City of  Wilmington for it’s police and fire departments children. In 1947 the Delaware Association of Police took over the derby from the City of Wilmington, opening it up to […]

Delaware Association of Police (DAP)  Early in 1942, the officers of various police departments inDelawaretried to join a union, the Fraternal Order of Police (FOP), but were denied by their departmental leaders. It was at this time that the officers […]